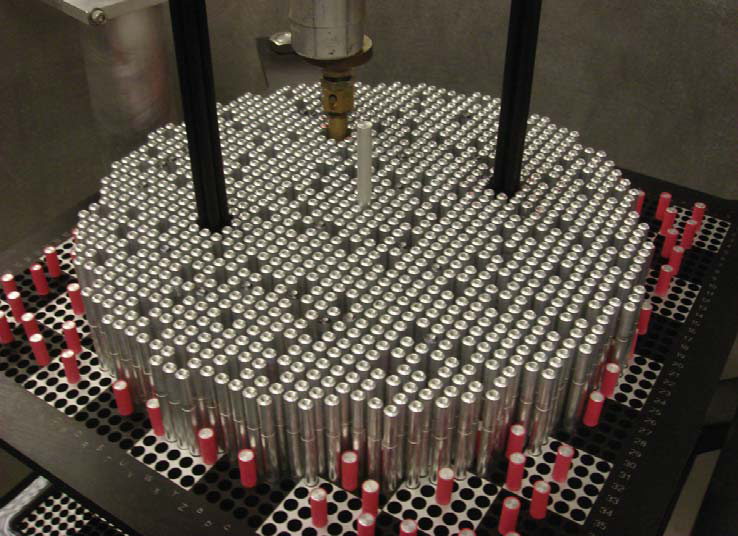 Late last year the government got ever so slightly interested in small scale nuclear reactors. Small modular reactors, SMRs, are plants which produce a few hundred megawatts as opposed to the gigawatts produced by typical plants.

Such reactors are often billed as one solution for a nuclear industry bedevilled by massive cost overruns and technical snafus.

The hope is to combine the no-carbon, always-on, base-load hyphenated goodness of nuclear power without the appalling cost.

Check out NuScale’s website. They hope to deliver their reactors on a barge or truck.

Fascinating stuff, they seem to have taken great effort to simplify the design, for example the reactor core is convection cooled, no pumps to go wrong.

Fun stuff. I just with the government could manage more that £250M over 5 years.

[Image is from http://nuclearstreet.com/images/img/heu7.jpg showing an experimental reactor at Sandia National Laboratories. Not an SMR]